Who and where is your Starving Crowd? 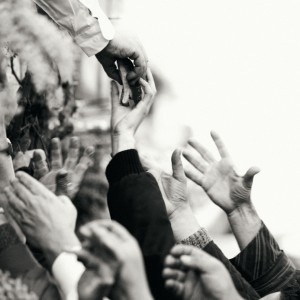 Recently, a relatively new member of Worldwide Salon Marketing conducted a marketing campaign in a little outback country town where her tiny two-person salon is located.

When she released the promotion for sale, she was astounded when she collected more money in three days than she normally takes in three weeks.

How? Because she’d discovered the single most important ingredient a business needs to bake a successful cake.

MEMBERS: go here to the Members Only Resources Library to watch the video and find out exactly how she did it.

If you could have only one significant advantage over your competitors, what would you want it to be?

A better mousetrap (product) than your competitors? . History is littered with ‘better’ products that sank without trace. (If you’re old enough, you’ll remember the VHS vs Beta home video wars of the early eighties. Sony’s Betamax version was perceived to be technically a superior system. But JVC’s VHS torpedoed it in the marketplace.)

Perhaps a much slicker system for building and delivering that improved mousetrap? Maybe better customer service?

All of those advantages might help, but they’re not the ‘killer ingredient’. Many business owners ponder this question, and rarely come up with a compelling answer.

Yet there IS one key advantage that’ll help a business out-perform its competitors, no matter how superior their products or services, regardless of more efficient delivery systems, in spite of a rival having flashier premises, big-budget TV ads and a squadron of salesmen wearing out shoe leather.

The late and legendary American direct response copywriter Gary Halbert first talked about the concept back in the 1970s. In a classroom exercise, students would get to pick their favoured competitive advantage in a hypothetical hamburger stand. Some chose a finer quality meat, others would copy McDonald’s system of cooking and serving the food.

After all the students had chosen their advantage, Halbert would ask first and foremost for…a starving crowd.

So who (and where) is your starving crowd?

Some crowds can be simply found. Fans at a football game will buy thousands of meat pies and cans of coke.

A ‘starving crowd’ for a dentist is anybody with a broken tooth. I was part of a starving crowd a couple of years ago when, on the day my wife Michelle and I were due to fly out for a wedding in Bali, our hot water system crapped out…with a house-sitter moving in the next day.

It was a Saturday afternoon. I had to find a plumber who could replace the system that day. I was starving for a solution. I found one, at last. It cost me $2,000. I paid without a whimper. I was grateful.

Some starving crowds have to be created. That’s what our salon owner at the beginning of this story did. For weeks before her sale, she used all kinds of media – flyers, text messages, emails, posters and more – to create the crowd, and hold it back until the day of her sale. 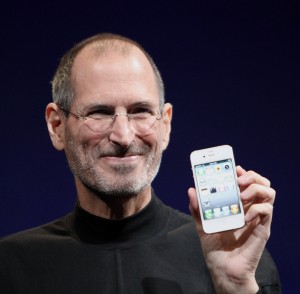 Which, on a much larger scale, is what the world’s most valuable company has been doing for years. For months before releasing a new phone or other gadget, Steve Jobs used secrecy to generate hype, buzz and demand. By the time the new product was released, starving crowds were literally queued up outside Apple stores all over the world.

How to find your starving crowd.

People don’t care about your product. (Nobody really cares about Apple’s products. But they buy Apple’s latest products because Apple has cultivated the concept of ‘cool’ among its disciples. It’s cool to have Apple’s latest gadget. My iPhone 4 still makes and receives perfectly clear phone calls. But it’s so last decade.)

So shift your focus from your precious product or service, and turn it to finding (or creating) groups of people who need solutions. What pressing need or desire do people have that your products or services solve? And what can you do to identify and find those people?

It’s almost never about selling to everyone. (The White Pages is not your target market.) It’s always a process of identification.

Hint: as a start to this process, look at your own website. Does it have any kind of device to capture and collect the names and contact details of visitors? Most of the people visiting your website are interested in what you have to sell. They’re part of your starving crowd.