“Is good beauty or hair advertising persuasion, or mere manipulation?” 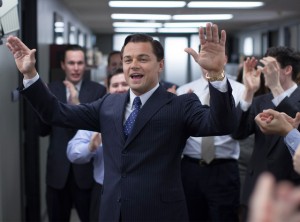 Leo DiCaprio as Jordan Belfort in The Wolf of Wall Street

Leonardo DiCaprio is in line for an Oscar for his performance in Martin Scorsese’s new film The Wolf of Wall Street. DiCaprio plays the real-life Jordan Belfort, a morally-bankrupt, cocaine-sniffing New York stock swindler who made ripping people off an art-form, and went to jail for it.

He still owes $100 million to his victims, a minor oversight Belfort and his admirers tend to underplay as he tours the world making millions more by telling anybody who’ll listen (and pay) how he ‘saw the light’ in prison and became a reformed, hand-on-heart motivational speaker, actually lecturing already-good (but gullible) people on how to lead a better, more fulfilling life.

Good grief. The man is a manipulator, no more deserving of admiration than Ponzi-scheme fraudster Bernie Madoff. The only difference is that Bernie’s still in jail, presumably watching Belfort’s activities with envy.

The catalyst for this line of thought is a recent Facebook post by master copywriter Pete Godfrey on the difference between persuasion and manipulation. At its heart, the difference is intent.

Most marketing in the hair and beauty industry is so bland, uninteresting, completely lacking in passion (for whatever service or product is being pitched) it seems as if the intent is to put readers to sleep. Yet, over some of the advertising strategies and ideas we provide Member salons in our My Social Salon program, I’ve been accused of making it look manipulative.

“If what you are selling is crap, and you know you are ripping people off, then your sales message is manipulation, right? If you honestly believe in your product, and it actually IS a good product, and you know damn well it will improve your customer’s life, then you owe it to yourself and to your customer to pull out every persuasion tip you can muster to get the sale.

Because it would almost be a crime if your customer didn’t buy!”

A recent example; in a coaching session with a Member last week, she was bemoaning the poor results of a promotion for her ‘enzyme skin peel’ treatments. I asked her how she described the treatments in her promotion. She said “enzyme skin peels.” Yawn. But how do you describe it to a client when you’re face-to-face?

“Oh, I get excited, I can’t help it, I tell them it’s like a tiny PacMan, chewing away at all those dead skin cells and leaving her skin absolutely glowing and flexible, moist and fresh. It really does feel ten years younger!”

I didn’t say anything for a few moments. Then, “Do you see the difference?” After a pause, she said

“Um…I guess I have a lot to learn about selling something.”

According to Pete Godfrey,

“That’s the kind of mindset I get myself into every time I write copy. It’s like I’m writing a letter to a loved one, maybe my brother and he’s dying from some strange weird disease, and what’s happened is I’ve come across the cure, but no one has heard of it, the doctors say it’s a phoney, and everybody is in my brother’s ear telling him not to try this new wonder-drug; but… it’s my job to convince him to try it. This is the kind of pull-out-all-the-stops attitude YOU must have as well when writing copy that sells. Get passionate. Get excited. Then it’s not manipulation, just damn good persuasion.”

He’s right. If you truly believe in what you’re selling, sell it hard. You do nobody any favours by hiding the benefits of your product or service behind a bland, say-nothing mere label like ‘enzyme skin peels.’ If your intent is honest, then shout from the rooftops.

Few things are more dangerous than a bad person with good people skills. History abounds with them, from Adolf Hitler and Joseph Stalin down. But in business, there is nothing more powerful, more persuasive, more compelling than a promoter with good intentions who believes passionately that what he or she is selling is of genuine, ground-breaking benefit to the consumer. 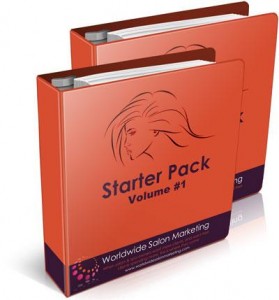 Instantly download the Salon Marketing Starter Pack and get ads, flyers and letters that SELL!