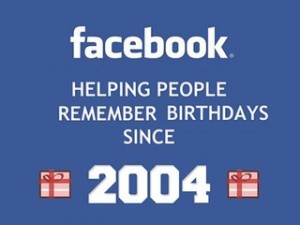 Life was so much more difficult before Facebook. Achieving really important goals was such an obstacle course.

As it is today, your friends were always vitally interested in what you were eating for breakfast. But you had to go find your Kodak Instamatic, take the shot (black and white, of course), send it off for processing, wait three weeks to get the prints back, then laboriously address and stamp envelopes and put them in the post.

Boring your friends with your holiday snaps was quite an exercise in the olden days. Back then, you had to find a date when everybody was available, invite them around for dinner and a few drinks, then, before they knew what was happening, you turned out the lights and fired up the slide projector.

(Big advantage with Facebook; you can’t see them nodding off.)

When you wanted to impress your friends with what you’ve done, what you’re going to do, or what you really want to do, you’d have to write notes and slip them under their front doors. Sooo tedious. 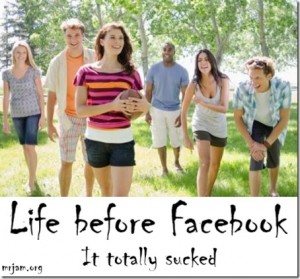 And when you needed to show your friends what a fabulous life you were leading, you’d have to buy or hire a yacht, park it somewhere you knew most of them would walk by, and lie there drinking champagne all day with a permanent grin. This was so tedious, not the least because you never knew when they were going to pass by, and neither did you know if all your friends would see you. (Even Facebook hasn’t solved that problem. But it makes up for it by showing your stuff to friends you never would have had in the olden days.)

Babies and toddlers were mostly pretty unremarkable back then. They certainly weren’t all over-achieving geniuses. It was only the very rare three year old who could play the violin part perfectly in Rachmaninoff’s Symphony Number 2 in E Minor that achieved any kind of publicity outside her own family. 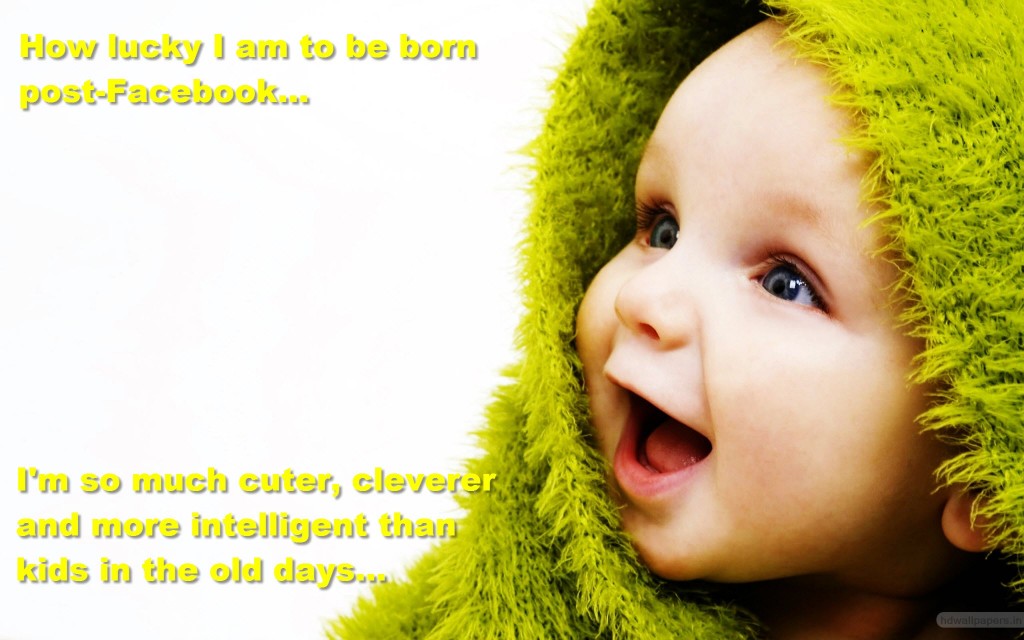 Back in the 1980s, Prime Minister Bob Hawke promised that by 1990, no Australian child would live in poverty. If only he could have seen further into the future, he could equally have promised that by 2010, no Australian child would need to live in anonymity, every toddler would deserve and get instant fame, and the remarkable, ground-breaking advances made by each and every infant – far in excess of anything achieved by anyone born before 2004 – would be documented in eye-watering detail for evermore.

It was much harder to defame someone or ruin their business back in those days too. You had to a) first concoct a suitably outlandish story, b) use a pen and paper – only journalists and stenographers could type back then – write it all down, and c) post the letter to the editor of the local newspaper. The editor would assign someone to check the claims made in your letter, and a week or two later might publish your rant, usually alongside a carefully-considered rebuttal from the person whose life you were trying to destroy.

As a teenager, my life was quite miserable. At dinner, I was left with little option but to have face-to-face contact – even conversation – with my parents and siblings.

Minor illnesses were something that had to be suffered in silence. How frustrating it was not to be able to share your headache, winter cold, twisted eyelash or ingrown toenail with even a handful of friends, let alone hundreds or even thousands of people breathlessly awaiting the latest updates on your health. The most you could do was go to the office and cough over a few work colleagues.

Wishing someone a happy birthday was like wetting yourself in a dark suit back in the olden days. It gave you a warm, fuzzy feeling of goodness, but nobody else except the recipient noticed. You had to post a hand-written card or spend 25 cents making a phone call.

How annoying it was that hundreds of your friends didn’t know how generous of spirit you were for the 30 seconds it took to write that card or make that call.

When I got married, the wedding album I paid $3,000 for arrived in a box three months later. By then, none of your friends were interested. Nowadays, your friends have helpfully uploaded hundreds of photos and videos of your wedding before you’ve walked back down the aisle with your new bride.

Obviously, doing business was much, much more difficult in the dark ages pre-2004. To find customers you had to pay for advertising, cultivate personal relationships, give good service, sell proven products…it was all so difficult. Now, you just pop a post on Facebook, and customers queue up outside your door.

Oh, it was tough all right. Facebook has certainly made all our lives more fulfilling, more seamless, more connected. Society as a whole is demonstrably better. Isn’t it?