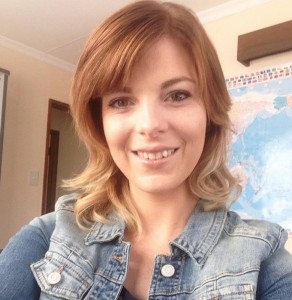 It’s less than 2 weeks in to 2014 and our Worldwide Salon Marketing members are already out of the blocks with a roar with emails and phone calls coming in to our office from excited salon owners telling us about their successful campaigns.

This morning I spoke on the phone with Maree Hoare, of Red Hair in Palmerston North.  Maree joined us just one month ago and has shown immediately what it takes to be a successful marketer of her business.

She hasn’t sat around waiting for the phone to ring, instead she’s got straight down to business, is creating her own success and taking complete control of her business.

When Maree opened her salon this morning she noticed some gaps in the booking system later in the week.  So armed with the tools she needed to fix that problem, she opened up her computer, visited the members only template website and found an SMS example that she could adapt for her own salon.

She sent the message out to just 400 people of her SMS list and within 30 minutes had no fewer than 12 bookings.

“With schools being on holiday it gets a bit quiet around this time of year in Palmerston North, I need to keep my team busy and so at this late stage it seemed a text message to my clients would be the quickest option to fill the gaps later in the week.  It took me a few minutes to put the message together from the examples on the website and then I sent it out and within minutes the phone was ringing hot! The system says the SMS’s are still being sent out so I am sure I will get even more calls than the dozen we have already had in the last half an hour.  But I am really happy with the result.”

The hair offer Maree sent out by text was for $79.  Given that a text will cost about 10c per message that’s a $40 cost for a return so far of $948.  I would call that a great return on investment.

And the message also saw at least 2 long lost clients make a booking in the salon.

Since joining WSM in December, Maree has already put in to action steps to help her work more as a marketer on her business.  Could you imagine earning $948 in 30 minutes if you were cutting someones hair or doing a facial?  Not likely unless you are the hairdresser to David Beckham.  So Maree is already seeing the value of her time spent marketing rather than being a technician cutting hair.

And in addition to Maree’s amazing SMS campaign she also launched her mini memberships last week which she has already sold 7 bringing in and extra $1400 in income.

A massive congrats to Maree for her great start to 2014 and we can’t wait to hear more from her as the year progresses.

For WSM members, you can see the SMS that Maree sent on our members only Facebook forum. Click her now to check it out.

If you are not a member of one of our WSM programs but want to kick start 2014 the way Maree has done then click here now to apply and one of our team will be on the phone to you immediately. Or call one of our worldwide offices to speak with someone now.