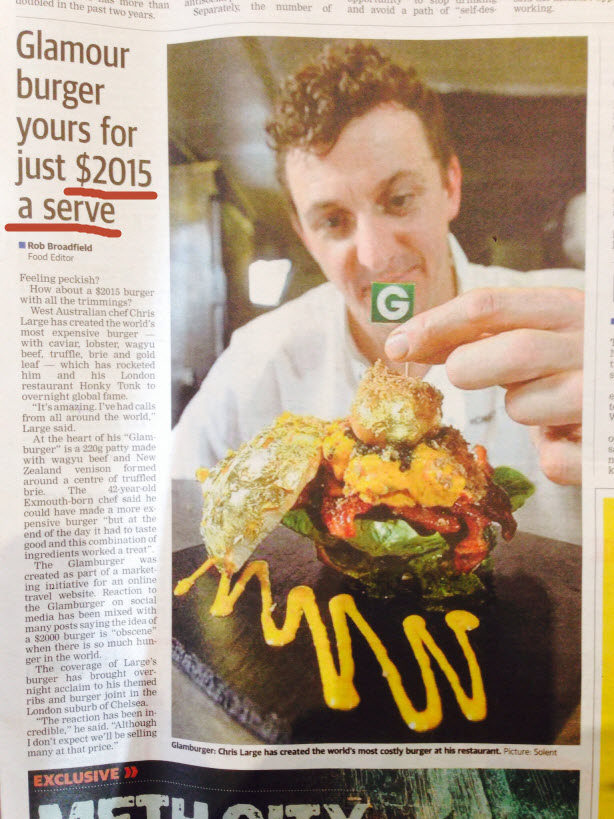 In my morning newspaper today, a story that precisely illustrates and emphasizes this essay on pricing strategy I blogged about earlier this year. The story is about an Australian chef working at a restaurant in London who’s created a waygu beef burger with a sticker price of more than two thousand dollars. Now, if your immediate reaction is “that’s ridiculous, nobody’s going to pay $2,000 for a burger!” you’d be absolutely right.

And you’d be absolutely missing the point.

The chef, Chris Large, of Honky Tonk restaurant in up-market Chelsea, created the burger – with gold-coated buns, lobster and black truffle brie – with no intention of actually selling it.

In fact, the story quotes him as saying “…although I don’t excpect we’ll be selling many at that price…” The entire purpose of a burger for the price of a small second-hand car is not to sell it. Its ONLY reason for existence is to get free marketing exposure, and make everything else on the menu look cheap by comparison.

On both counts, Mr Large’s creation has over-achieved. In the past few days alone, his gold-plated burger has received massive publicity in print and online, all over the world. As I wrote (below) back in July, ANY salon or spa can – and should – find ways to exploit this strategy. But very few owners bother to even try. Nevertheless, here’s the rest of the essay I wrote earlier. (And from the comments posted below, it clearly struck a chord.) 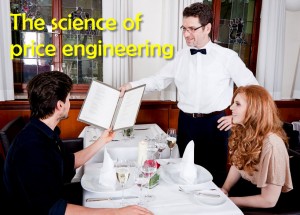 I’m a well-known thief, and a lazy one at that.

For as long as I can remember, I’ve looked at what’s working in one industry or company, swiped it, and put it to use in another industry or company. It’s productive laziness and larceny though, and I teach it to our Member salons & spas because it saves a whole lot of time compared to the energy, money and intellectual property required to re-invent the wheel.

Recently I came across a report in Business Insider based on research by the Cornell University of School of Hotel Administration on all the sneaky tricks restaurants use to get you to spend more money. And I instantly thought, ‘well, what if we applied exactly the same thinking to salons & spas?’

So here are some of the key points of this research, and my ‘swipe and implement’ thoughts on how to use the strategies behind it in a salon. 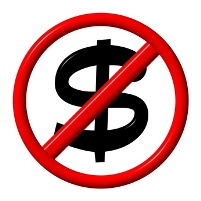 1) Clever restaurants don’t use dollar signs! (Next time you dine at an upmarket eatery, check that little gem out.) According to the report, a dollar sign is one of the top things restaurants should avoid including on a menu, because it immediately reminds the customers that they’re spending money. Cornell’s research showed that guests given a menu without dollars signs spent significantly more than those who received a menu with them. Even if prices were written out, eg “Ten dollars” – as though it signified a more upper-class diner – it bit them on the backside because guests still spent less money, triggered by negative feelings associated with paying.

My take: same applies in a salon. Get rid of the dollar signs. Do you really think that putting ’89’ against a service, rather than ‘$89’, is going to confuse your customers?

2) Restaurants are tricky with their numbers: Menu designers recognise that prices that end in 9, such as $9.99, tend to signify value, but not quality. In addition, prices that end in .95 instead of .99 are more effective, because they feel “friendlier” to customers. Most restaurants just leave the price without any cents at all, because it makes their menu cleaner, simpler, and to the point.

My take: simple. Just steal the concept and apply it to your price list.

3) Restaurants use extremely descriptive language. Research from Cornell University revealed that items described in a more beautiful way are more appealing to and popular with customers. According to further research from the University of Illinois at Urbana-Champaign, descriptive menu labels raised sales by 27%, compared to food items without descriptors.

Menu Engineer Greg Rapp (yep, there is such a thing as a ‘menu engineer’) poses an example of Maryland Style Crab Cakes. They are described as “made by hand, with sweet jumbo crab meat, a touch of mayonnaise, our secret blend of seasonings, and golden cracker crumbs for a rich, tender crab cake.” This brings the ultimate sensory experience to the reader, and the descriptive labelling will make customers more likely to be satisfied at the end of the meal.

Interestingly, brand names in menu descriptions also help sales, which is why chain restaurants such as T.G.I. Friday’s use Jack Daniel’s sauce or Minute Maid orange juice on their menus. The more adjectives, the better.

My take: Day spas are often pretty good at using descriptive language. Hair salons and beauty salons, not so much. Try this – take a look at a typical service in your salon, say “Cut n Colour”. Now, 99% of salons do nothing more than list “Cut ‘n Colour” and a price, or price levels based on length of hair. But what actually happens during a cut and colour? The more effort you take to describe in detail the process of performing a cut and colour, the easier it’ll be to sell, at a higher price.

There is magic in the detail.

4. Restaurants use expensive items to draw you to the cheaper items. According to Rapp, restaurants use extremely expensive foods as decoys. “You probably won’t buy it, but you’ll find something a little cheaper and it will look more reasonable,” he says.

According to William Poundstone, author of “Priceless: The Myth of Fair Value (and How to Take Advantage of It),” in a New York Magazine interview, “The main role of that $115 platter — the only three-digit thing on the menu — is to make everything else near it look like a relative bargain.”

My take: this is an absolute steal for any salon or spa. For years I’ve been showing how salons can ‘bundle’ or ‘package’ services and products in such a way that there’s always one ‘hero’ service, one so expensive, so luxurious as to almost ensure that nobody ever buys it.

You don’t actually want them to. It’s purpose as an ‘anchor’ service is to make everything else on the menu, no matter what it costs, look relatively cheap.

5. They offer foods in two portion sizes. This strategy is called bracketing. The customer has no idea how much smaller the small portion is, so they assume it’s the best value price because it costs less. What they don’t realise is that the restaurant wanted to sell the smaller portion at the lower price all along, and simply used the bigger portion with the higher price as comparison.

My take: similar to ‘anchor’ packages. Except you can repeat this all the way through your menu of services. A 90-minute facial for $120, and alongside it, the facial you really want to sell, 60 minutes for $89. Far more profitable.

6. Restaurant engineers analyse your reading patterns. Restaurants consider scanpaths, which are a series of eye fixations that can be studied to see how people read certain things.

According to a Korean research study, a third of participants are likely to order the first item to which their attention is drawn. As a result, restaurants will put the most profitable items in the upper right hand corner, because it is where peoples’ eyes go first.

My take: you can do this research yourself. Show a few clients your standard, garden-variety price list and ask them to pick their preferred service. Then show them your ‘psychologically refined’ price list, with your most profitable service in the top right hand corner, and see what happens.

My take: salon menus are often far, far too complicated. I saw one recently with no fewer than 104 different service items. Give people too many choices, you’ll confuse them. Confused people don’t buy.

11. They set the mood to spend. According to psychology research from the University of Leicester, playing classical music in restaurants encourages diners to spend more, because it makes them feel more affluent. Meanwhile, less sophisticated pop music caused people to spend 10% less on their meals.

My take: for salons and spas, this is easy to test and measure. Play classical music for two weeks, and play pop music for the next two weeks, even if muted. Keep everything else the same, and measure results.