“A Cruel and Shallow Money Trench…”

“The ________ business is a cruel and shallow money trench, a long plastic hallway where thieves and pimps run free, and good men die like dogs. There’s also a negative side.”
That was the late American ‘gonzo’ journalist Hunter S. Thompson. He was writing about the music business back in the 1970s.
Really, Hunter? You didn’t live long enough to see social media. It makes the music industry look like a paragon of virtue, Mother Theresa compared with the murderous, disease-ridden psychopath that might have been spawned by Adolf Hitler and Eva Braun had they not done the right thing and topped themselves in a Berlin bunker in 1945.

Facebook, Twitter and all the rest have given the world a dark, seething, snarling, mud-splattered cesspit, where scammers, child-molesters, pickpockets, lepers and presidents claw at each other and the innocent alike.

So is it any wonder that TRUST is an issue online?

For any small business trying to make social media advertising work, there lies the problem. And it’s getting worse. If you rely on Facebook as your sole marketing media, this is sobering news.

A Sydney-based organisation called NewsMediaWorks puts out an annual survey called ADTRUST. The most recent survey asked 2,863 Australians aged 18+ which forms of media they trust for the integrity of its advertising.

To measure this, the study subtracts the number of consumers who indicate they do not trust ads in a particular medium from the number who do. For example, if 30% of the market trust TV advertising and 9% don’t the net trust score would be +21.
Here’s where the ru

The credibility gap is gigantic

In the past 12 months the net trust for newspaper ads soared by 10 points, similarly for radio and TV. Trust in social media is tanking, down 3 points year on year.

This is depressing news for the millions of small businesses who blindly put their faith in Facebook marketing alone. And Facebook hasn’t done itself any favours either, what with the recent Cambridge Analytica scandal, and the reek of Fake News.

It’s all very well for your ad to be seen by thousands of people. It’s another thing altogether for those people to believe what you’re saying.

Here’s what’s telling; Facebook is fully aware of its credibility problem. So what is Mark Zuckerberg doing? He’s running a hugely expensive advertising campaign in traditional media – billboards, TV and cinema – to persuade the world he is no longer tolerating fake news, and is committed to reducing the company’s influence on society.

In the meantime, if you’re going to continue using Facebook to market your wares, do everything you can to get people OFF Facebook and into your store, your website, on the phone, onto your email list, in short anywhere else BUT Facebook/Instagram.

Like most salon owners, Jasmine Dwyer of Adore salon in Colac, Victoria, was ‘stressed out’. “When I was in the treatment room, I was missing so many phone calls, so much business,” she says.

Fed up, she made a crucial decision that’s changed her life completely. As Jasmine explains in this recent video interview, she’s now able to take long holidays without worrying about the business.

The salon owner who got sick – and made MORE money! An ‘AHA’ moment… 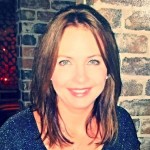 Almost every salon owner’s worst nightmare; getting so sick that you’re forced ‘off the tools’ for an extended period. For most, it would be a financial disaster.
But for Anita Clements of Twisted Desire salon in Brisbane, a sudden and debilitating illness that left her bedridden for weeks has been a…

As Anita relates in this 5-minute interview,  her salon – with only three staff – made $3,000 MORE money in a week. And sales are continuing to go UP, not down, as she was forced to concentrate on the business, not cutting hair. Here’s how it happened:

Now, for just ONE DOLLAR, you can TEST DRIVE the exact same system Anita used to boost her salon’s sales and profits

The Cafe Owner Who Sat on a Stool

The other day I called in on a cafe that I occasionally visit on the way to work. I’ve gotten to know the owner a little, over the years, and on this day, the cafe was empty and she was sitting on a stool, tooling around on her phone.

“Bloody awful,” she said, gesturing around the empty cafe. It was nearly lunchtime, it should have been busy. “I just don’t know what’s happened, business has just…dwindled off…”

I actually DID know what had happened. Another cafe had opened nearby – brighter, better food, happy staff, clever marketing (they were using Instagram to brilliant effect), and Cindy’s business was suffering.

“So, what are you doing about it?” I inquired.

“There’s not much I can do,” she moaned. “I sit here and wait for the customers to come, and they don’t…”

I could have taken her by the scruff of the neck and shaken her. There she was, doodling around on Facebook, for crying out loud, and whining about ‘how bad things are.’

Had she done any marketing to her list of regular clients, with an offer? Nope. Had she sent a staff member out into the street, handing out a ‘buy one, get one free’ gift voucher to passers-by? Ah, no. Instead of idly browsing inane cat videos on Facebook, had she actually done any paid advertising on Facebook to drive people to her website? Negative.

I ran off a string of other ‘actions’ she could be taking to generate business. She shook her head at all of them. Sadly, she was sitting on her stool, waiting for something to happen, rather than taking Massive Action.

To be frank, she’s no orphan in this. Many owners of small businesses are the same. In fat times, most are too busy taking easy orders to even think about the possible lean times ahead. Most pay little attention to threats to the business. And hardly anyone is prepared to take the massive action required to combat such threats, let alone thrive in the face of them.

Success in fat times is easy, even for the lazy. A rising tide lifts all boats.

Churchill said “Success is the ability to go from one failure to another without loss of enthusiasm.”

But he didn’t mean enthusiasm for failure. In nearly 15 years of consulting to and advising salon & spa owners on their marketing strategies, I’ve spoken to literally thousands. And the statistics never change.

Eighty percent do nothing, change nothing, take little or no action to change their circumstances. They fall at the first hurdle, whine that ‘it’ doesn’t work. And sulk. Ten percent get to the second, even the third hurdle, and give up.

Only the top ten percent keep going. Many of those ‘ten percenters’ have been members of our Worldwide Salon Marketing online and offline programs for years and years. They understand that not everything works, all the time. Success isn’t linear. It’s not about taking consecutive actions. It’s about doing lots of things, simultaneously. Such as…

·        Regularly, frequently reaching out to your list of clients and prospective clients via email, text, social media with compelling offers to get them in the door.

·        Being pro-active about ensuring your business is visible to prospective clients searching for your products or services online. That means either doing your own SEO (search engine optimizing) or paying a professional to do it for you.

·        Being a Nazi about customer service – constantly training your staff, being ruthless about how you want things done.

·        Planning your marketing months ahead, using a big wall calendar, or even the calendar on our Mobile App, My Salon Success.

·        Accessing relevant tools and techniques – like the Client Attraction System website, which houses literally hundreds of done-for-you marketing for salons & spas that you can download and use, any time of the day or night.

·        Taking advantage of ‘news’ events – and rapidly tailoring promotions to ‘hook in’ on what people are already talking about.

·        Monitoring and measuring the results of your marketing efforts, so you know from day to day what’s working, what isn’t working.

If you’re not doing at least some of the above, all the time, you’re sitting on your stool, like Cindy the Miserable Cafe Owner.

[VIDEO] How Angela doubled her salon profit in 4 years – and you can too, for just $1!

Angela Ord has just sold her salon business for TWICE what she paid for it. In this short video, Angela describes the THREE main strategies she used. 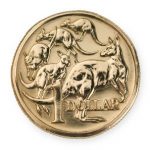 Now, for just ONE DOLLAR, you can TEST DRIVE the exact same system Angela used to double her profits AND her sale price.

In these 7 short videos, you’ll discover…

…and MUCH more. Complete the form on this page, start watching, and start making more $$$$!